The organization of pharmaceutical education in Japan began in 1877 with the establishment of a Pharmaceutical Institute (later Division of Pharmacy) in the Medical Faculty of this University. For the first 10 years, instruction was given by foreigners, and in particular a Dutch chemist Dr. J. E. Eijkman. He left a large amount of fine work in the study of components of various domestic medicinal plants.

For the next 25 years, from 1887 to 1912, Japanese who had returned from studies in Germany took over the education of students, carried out valuable investigations of their own, and also established the ground for pharmaceutical organic chemistry in Japan. Three chairs were provided: for Organic and Medicinal Chemistry, Pharmacognosy, and Health Chemistry.

During the next 25years, from 1913 to 1938, the chairs of Pharmaceutical Technology, and of Chemistry of Organotherapeutic Medicine (Present Physiological Chemistry) were established, and in 1939 the chair of Analytical Chemistry was founded. 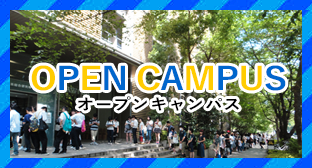